Data show that APIs now represent 90% of the attack surface of web applications, which means APIs now is one of the primary attack vectors. Then, how can we mitigate the API risks?

People may choose the API Gateway pattern in modern software architectures to defend against API attacks. An API Gateway is the software service's entry point, providing functionalities like load balancing, service discovery, and API authentication. Apache APISIX is one of the best API Gateways, which helps users to strengthen their API security through features like authentication, authorization, ACL (Access Control List), and IP deny/allow list. For instance, JWT authentication is a popular way to protect APIs. It asks API consumers to prove who they are via a JSON Web Token. In such a case, API requests without the credential or with the wrong one will be rejected by Apache APISIX.

Apache APISIX is also in charge of the signing of JSON Web Token (which needs a secret to sign in). From Apache APISIX's point of view, storing users' secrets becomes a critical question since the authentication will be out of work if the secrets are leaked. By default, Apache APISIX saves secrets in etcd, the configuration center for Apache APISIX configurations like route and upstream.

Unfortunately, etcd is not designed to protect sensitive data. Once an immoral man can access the etcd cluster, all data inside it will be exposed. It's not a big deal for an APISIX route object, but it would be fatal for secrets or the private keys of X509 certificates. For the sake of protecting sensitive data better, Apache APISIX integrated the Hashicorp Vault since version 2.12.0. So what is Hashicorp Vault?

What is Hashicorp Vault?

Hashicorp Vault is a storage infrastructure for safely saving users' secrets (e.g., database credentials, passwords, API keys). It supports integrating many external systems like Amazon Key Management Service and Google Cloud Key Management. Technically, Hashicorp Vault is a distributed system with the Raft consensus protocol. Your data will be saved with multiple backups, and you don't have to worry about the data's single point of failure. 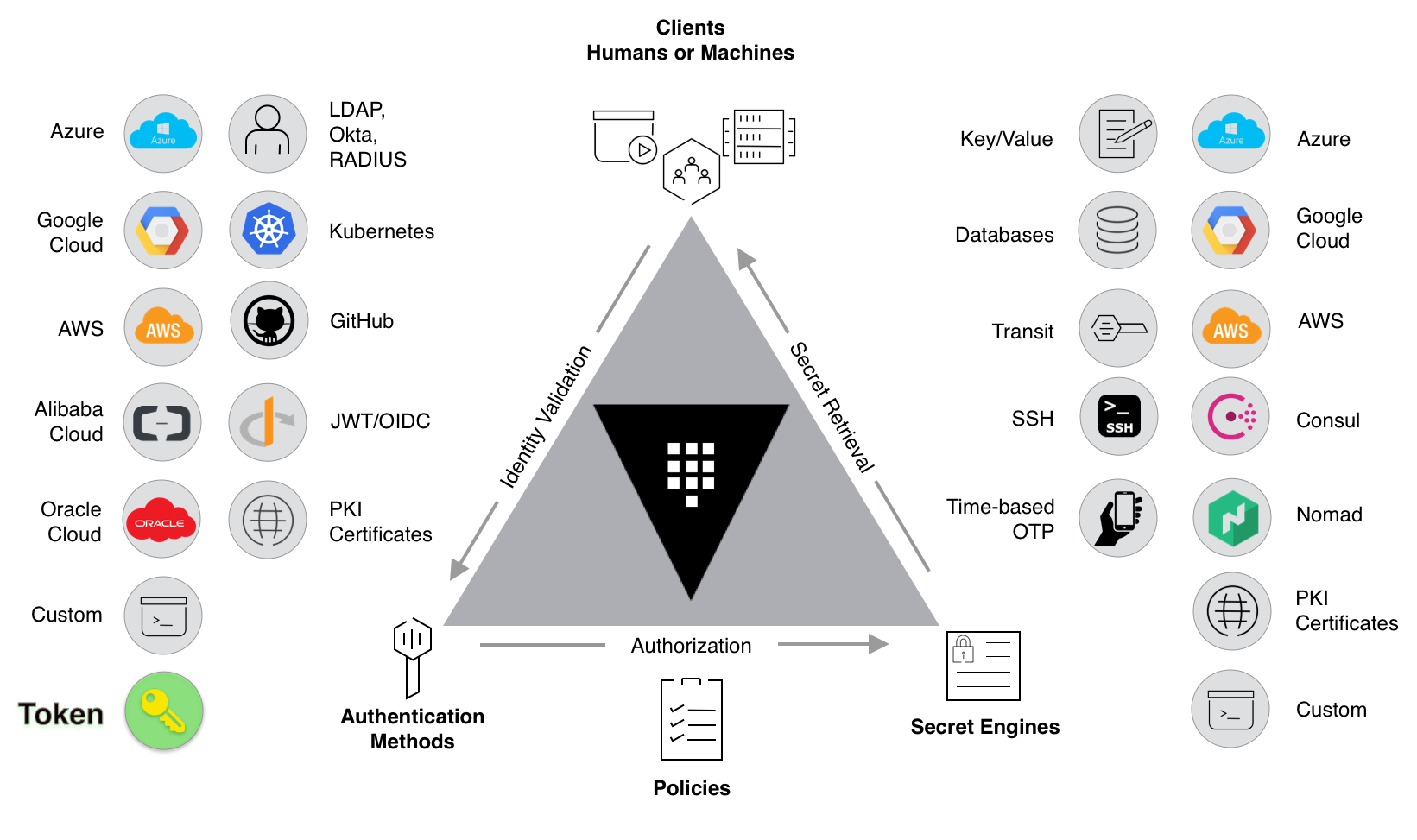 How Does Apache APISIX Use Hashicorp Vault?

The basic interaction logics between Hashicorp Vault and Apache APISIX are:

The Hashicorp Vault configurations can be set in Apache APISIX config.yaml.

Care must be taken here that the token should have read permission for path kv/apisix/consumer, which is the place Apache APISIX Admin API saves secrets.

When API requests from that consumer come in, Apache APISIX will try to fetch the secret from the configured Hashicorp Vault server (and cache the result in memory) and use this secret to validate the JSON Web Token.

Future of the Integrations between Apache APISIX and Hashicorp Vault

There are several kinds of sensitive data in Apache APISIX, but only the JSON Web Token secret can be saved to Hashicorp Vault right now. However, in the future, all API credentials, like an API key, and a user password, can be saved to Hashicorp Vault. Besides, the certificate's private key and Admin API keys can also be saved there. All of these data will be separated from configurations. In this way, your API security is strengthened not only because you use API authentication, but also because the API credentials are protected appropriately.