This article comes from the speech at ApacheCon Asia 2022 by Yonghui Lu, Director of API Gateway in Essence Securities. Yonghui shared the practice of Essence Securities' cloud-native API gateway based on Apache APISIX.

Essence Securities Co., Ltd. (Essence Securities) is one of the leading securities corporations in China. Since its establishment in 2006, Essence Securities has fast become one of China’s Top 15 Securities Companies with a proven track record of providing the highest services to the private and public sectors. It has four independent subsidiaries and more than 120 retail branches in 25 major provinces nationwide.

Securities Firms have a typical characteristic: there will be traffic spikes during peak hours. Apache APISIX is the highest performance API gateway with a single-core QPS of 23,000, with an average delay of only 0.6 milliseconds.

“We need the API gateway to undertake bursting traffics, and it won’t be our next bottleneck. After we compare some API gateways based on OpenResty or some other technology stack, Apache APISIX stands out with its competitive advantage of high performance and can meet our requirements for API gateway.” Yonghui said.

APISIX supports its users with rich functions. In Essence Securities, rate-limiting, circuit breaker, authorization and authentication, and canary release are the most widely used.

Currently, migrating the application to the cloud is a crucial strategy of Essence Securities. However, there are quite a few scenarios that are deployed on virtual machine.

“We need to consider the compatibility of these two-state applications when selecting API gateway, although our plan is more on containers. APISIX provides much support in the scenarios compatiability.” Yonghui said.

As an open-source project, APISIX is active in its community. Issues can be discussed and solved on time. In 2022, nearly 40 in-person and online APISIX community events were hosted by APISIX. People who are familiar with APISIX all feel excited about the activities.

How is Essence Securities Benefitting from Using APISIX? 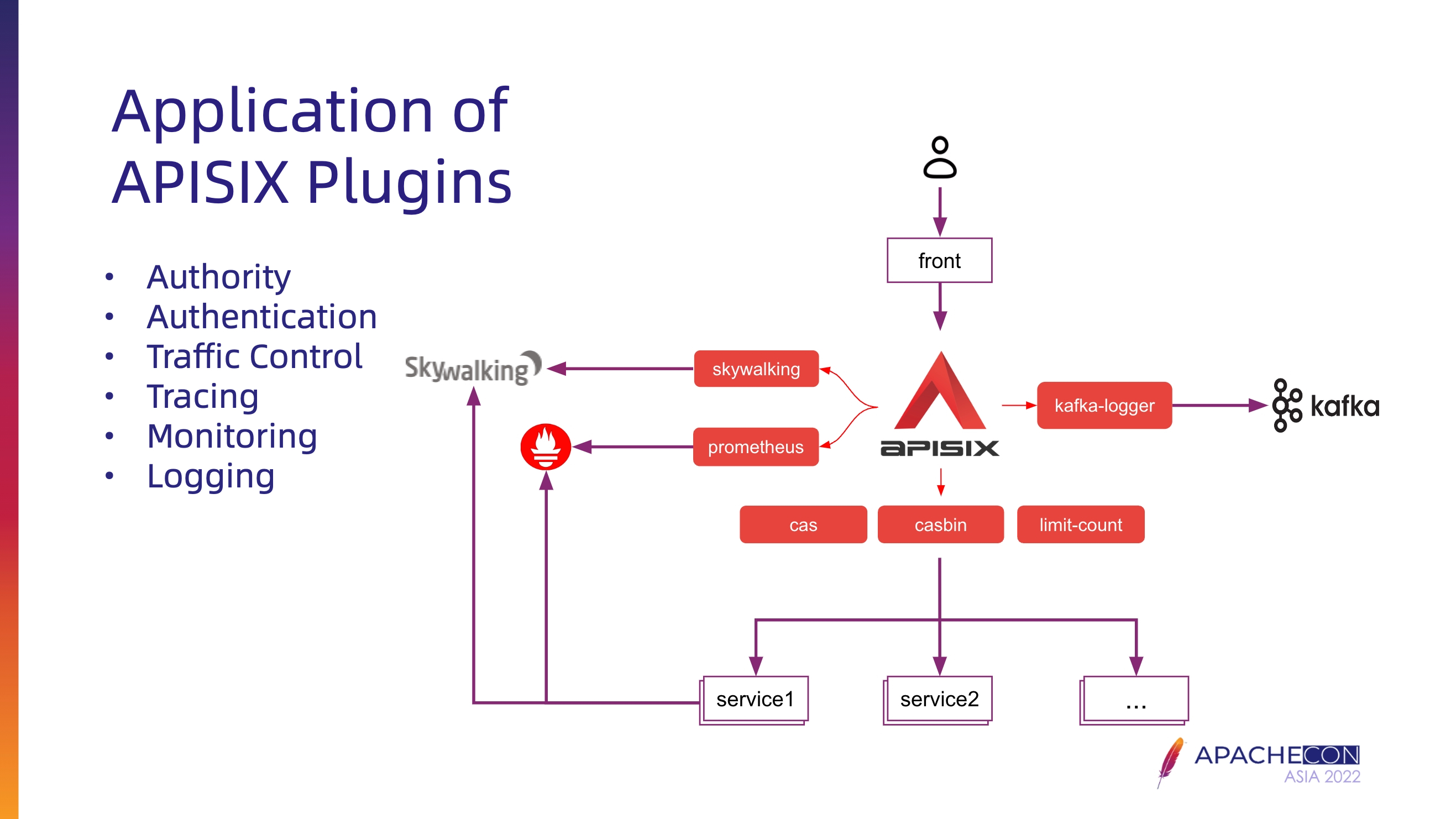 Essence Securities extends APISIX and adds a new function, CAS single sign-on. There are several advantages to doing so.

Putting CAS on the gateway layer can access CAS and introduce its functions conveniently. For example, there exist unified certification services to fetch users' information.

Furthermore, the CAS sets user information to the request header and brings it to the upstream service to save users' login status. Thus it's unnecessary to log in to other systems repetitively, saving many users' time and improving convenience. 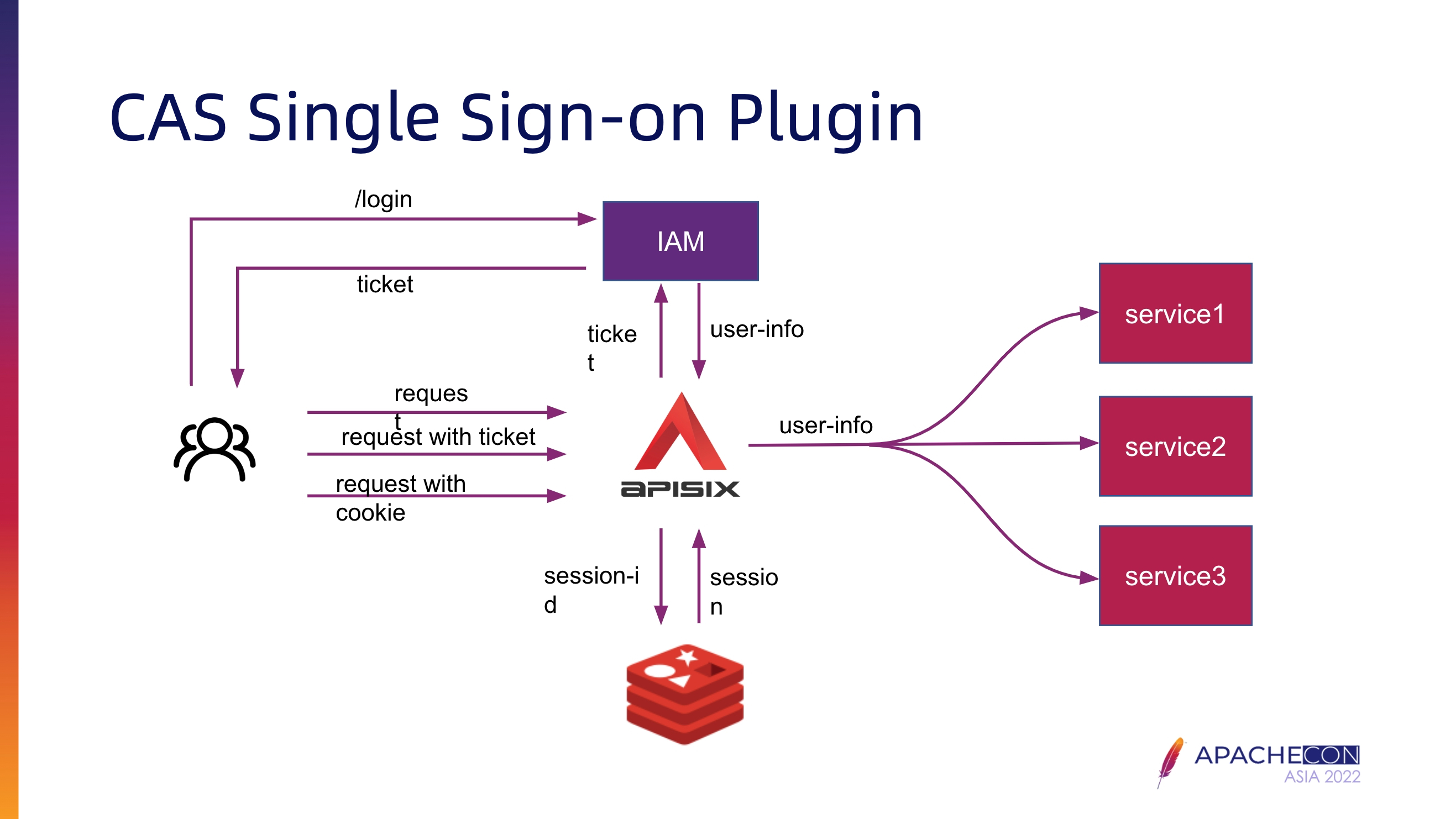 Below is an example.

In Essence Securities, there is an important concept: domain. Users will have different permissions in various domains. For example, employee A is a manager of domain A but might only be a viewer in domain B. 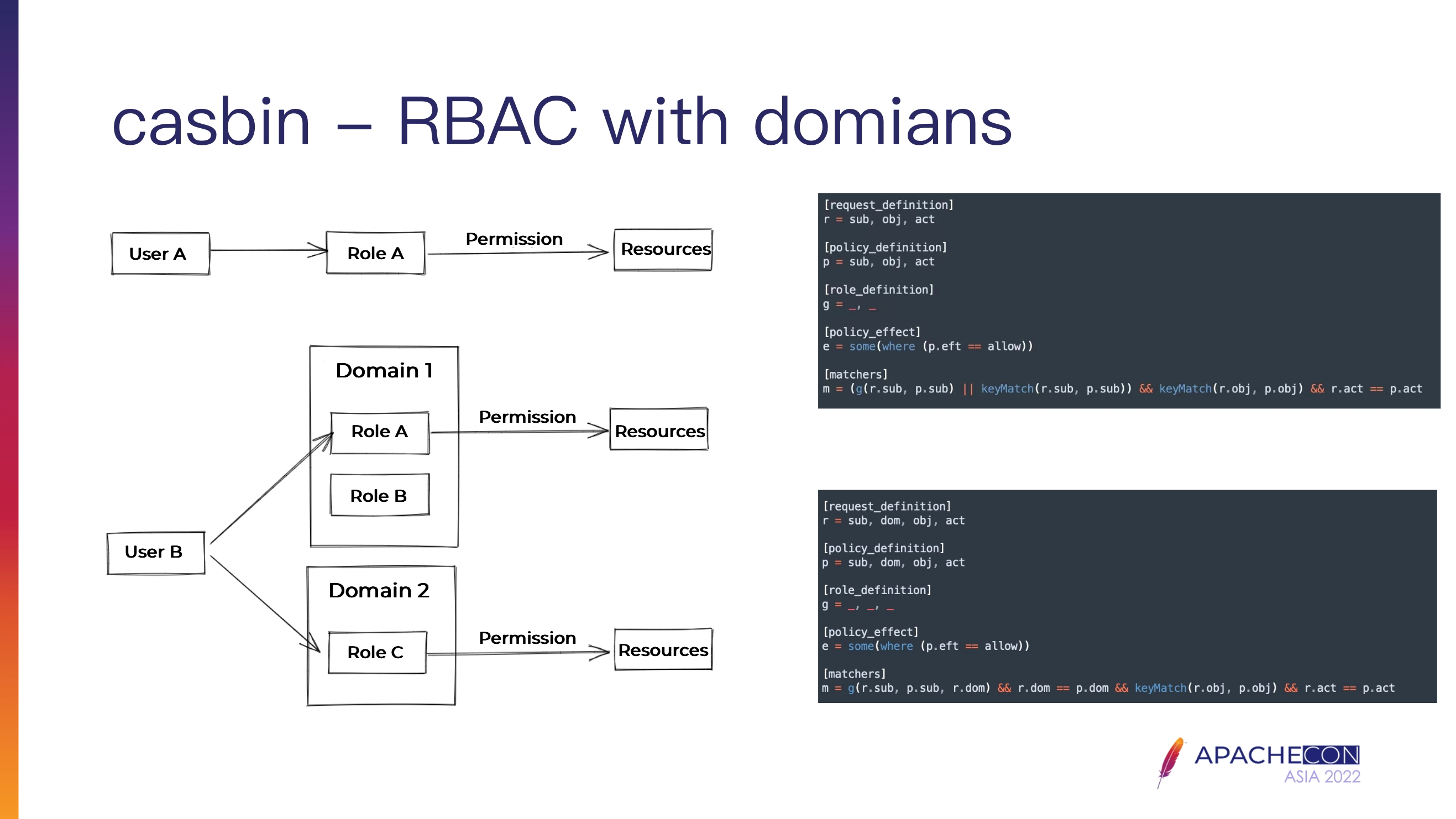 When defining requests, policies, and roles, the domain should be pointed to. Therefore, Essence Securities modified the casbin to match such a scenario. The plugin relies on the Lua repository, which supports RBAC with domains. Consequently, the requirement above can be satisfied only by calling the corresponding interface of the Lua repository, which is effortless. This way can greatly enhance data security and permission management.

APISIX provides multi-dimensional monitoring such as metrics, tracing, and logging collection. All of these functions can be achieved by simple configurations.

After enabling the Prometheus plugin, metrics like request delay, bandwidth, and the HTTP status code transmission rate can be observable. These can be useful in troubleshooting.

Regarding tracing analysis, when the upstream connects with Skywalking, the complete call tracing can be traced once enabling Skywalking.

Previously, Essence Securities’ systems have its independent clusters to lower error risks and separate user information. Apache APISIX uses etcd for its configuration center, which is suitable for the current stage.

Essence Securities would provide many microservices as products to the users, such as logging, monitoring, alerting platforms, and data center, the centralized management of which can be realized by APISIX.

After introducing the gateway layer, many API gateway governance were added, like authentication, authorization, and traffic governance.

APISIX’s plugin kafka-logger can help Essences Securities to push the access log of the gateway to kafka. Kafka can clean, format, and count the information and then obtain more valuable statistics, such as the Top N of calls, abnormal requests, and request delays.

Apache APISIX is an open-source, dynamic, scalable, and high-performance cloud-native API gateway for all your APIs and microservices. Being donated to Apache Software Foundation by API7.ai, APISIX has grown into a top-level open-source Apache project.

Do you want to accelerate your development with confidence like Essence Securities? To maximize APISIX support, you need API7. We provide in-depth support for APISIX and API management solutions based on your needs!