What happened behind iQIYI?

Cong He, the senior R&D engineer of iQIYI, shared a speech at the Apache APISIX Meetup in Shanghai recently. He works in the IIG infrastructure department's computing cloud team and is in charge of the development of gateway and Ops work in iQIYI. Let's get into his speech and iQIYI's API gateway story to have a better understanding of Apache APISIX.

Being founded on April 22, 2010, by Baidu, the company behind China's largest online search engine, iQIYI is currently one of the largest online video sites in the world, with nearly 6 billion hours spent on its service each month and over 500 million monthly active users.

iQIYI used to develop its own API gateway called Skywalker, a custom development based on Kong. Skywalker needs to handle massive traffic nowadays, and its daily peak of the gateway service could reach a million QPS and thousands of API routes. However, this product's shortcomings have begun to show up gradually.

After taking over this project this year, Cong started investigating similar gateway products to resolve the above issues and difficulties and finally found Apache APISIX.

How Does Apache APISIX Outpaces Kong

Before choosing Apache APISIX, iQIYI had already started using Kong, but they abandoned it later.

After actual practice with Kong, Cong demonstrates why his team abandoned Kong. Below are several of Kong's core disadvantages.

Both Apache APISIX and Kong were developed based on OpenRestry at the technical level, which brings a relatively low migration cost. Besides, Apache APISIX has excellent adaptability that can be easily deployed on many different environments, including cloud computing platforms.

After choosing the great API gateway, iQIYI began to establish its new API gateway architecture, which is shown below, including the domain name, gateway, service instances, and monitoring alarm. 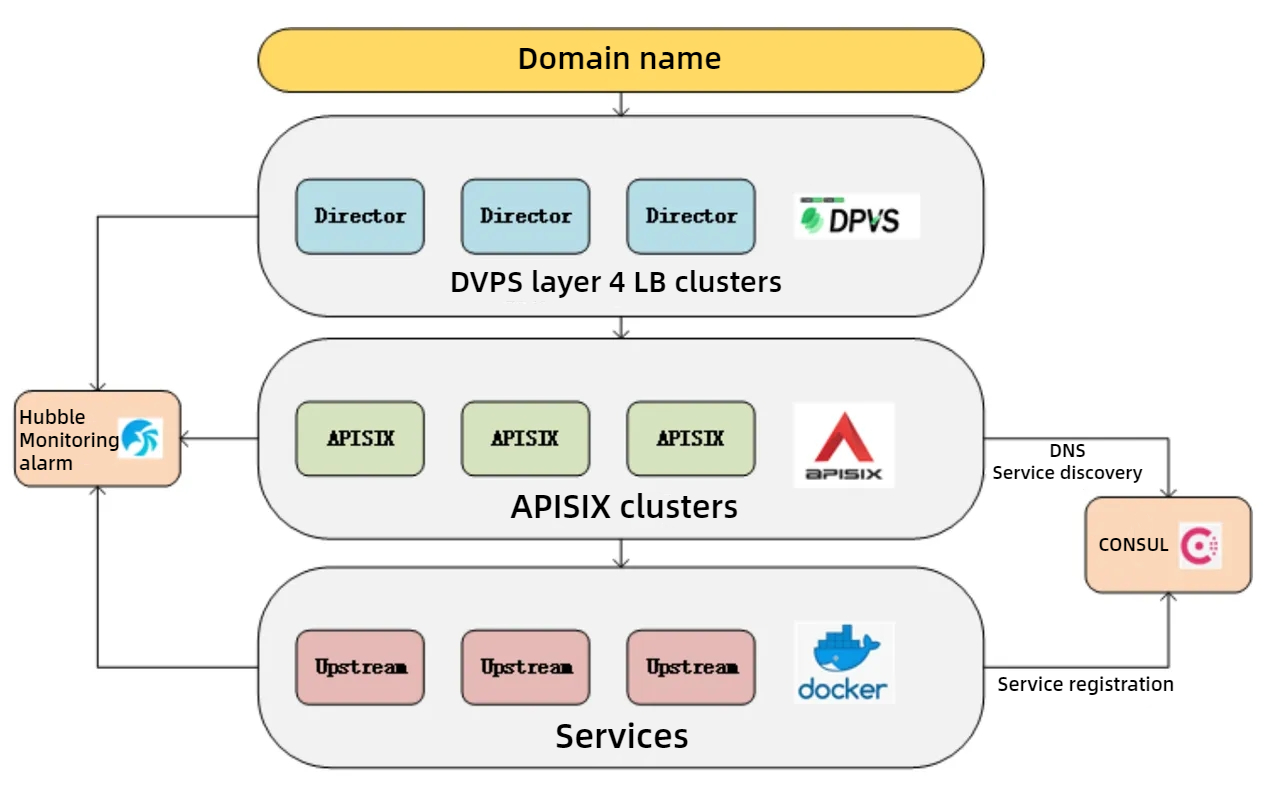 Achievement 1: Improved the data and control planes for cluster and service management

The data plane is mainly oriented to frontend users, and the entire architecture from LB to gateway has multi-site and multi-link deployments for disaster recovery, thus that users can access their nearest data center.

For the control plane, there exists a microservice platform to manage multiple clusters and services. The microservice platform allows users to experience one-stop service without submitting tickets, saving a significant amount of time. At the backend, the gateway controller mainly controls the configuration of all APIs, such as API creation and plugins, while the service controller handles registration, cancellation, and health check. The first part is about HTTPS. For security control, iQIYI doesn't store any certificates or keys at gateway servers but on a dedicated remote server. However, it was difficult to realize while using Kong; instead, iQIYI used the prefix NGINX to do HTTPS offload. After migrating to Apache APISIX, iQIYI successfully implemented this feature on Apache APISIX, which saves one more tier transferring over the link.

Regarding the service discovery mentioned above, it mainly registers services to Consul clusters via the service center and then uses DNS service discovery to update them dynamically. QAE in the graph is a microservice platform used internally in our company. Let's use an example to briefly demonstrate the process of updating instances.

When updating the instances, we will first log out corresponding nodes from Consul and send updating DNS cache requests to the gateway via the API gateway controller. When the cache has been successfully updated, the controller will send back requests to the QAE platform to stop all associated backend application nodes to avoid reforwarding traffic to any offline nodes. 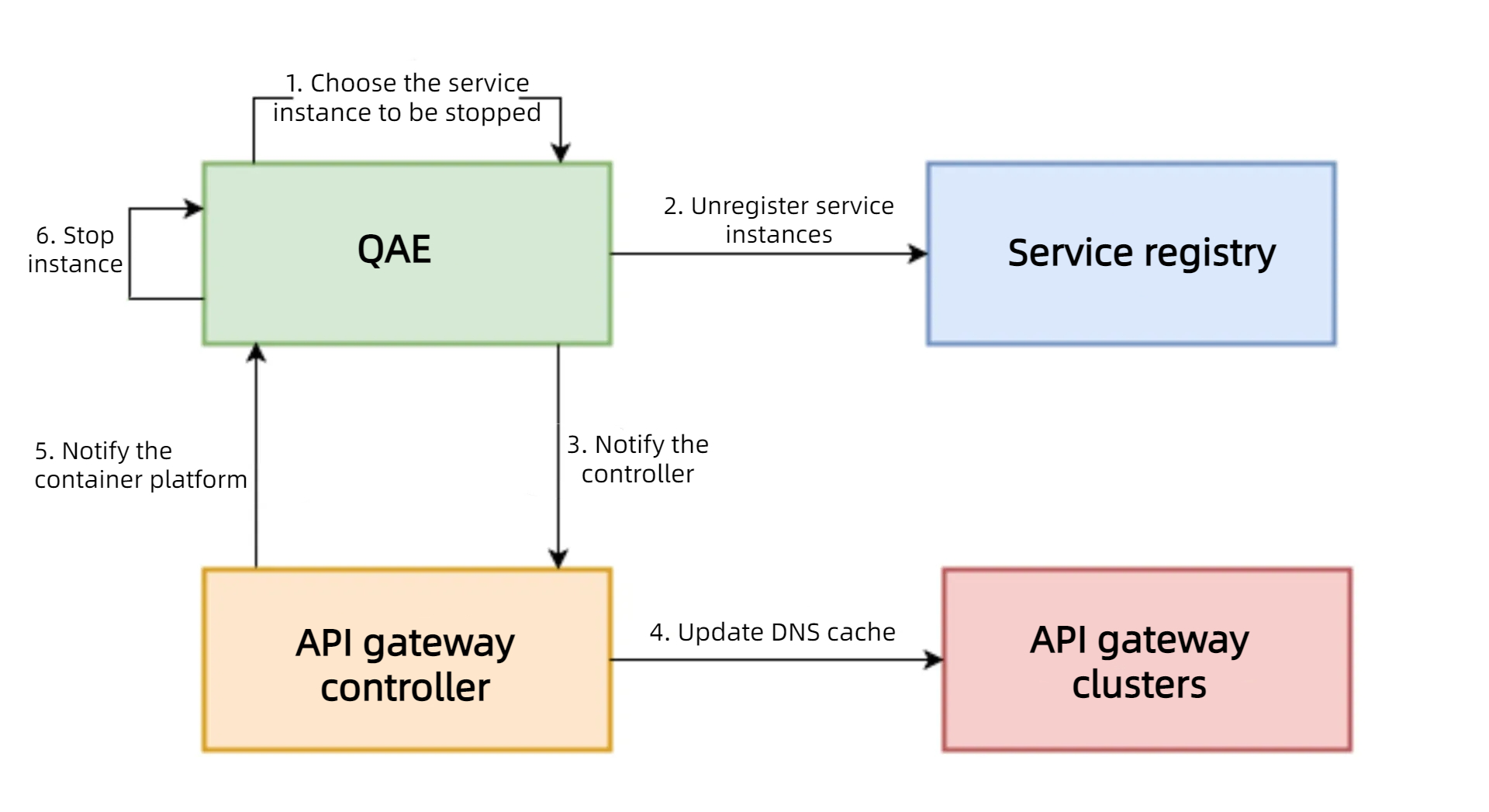 The gateway has multi-site deployments, and a full set of multi-site backup links was built up in advance. Besides that, Cong also suggests users have multi-site nearest-access deployments for their backend service. Thus, users could create an API service in the Skywalker gateway platform, and the controller would deploy API routes to all DC gateway clusters. Meanwhile, the service domain's default CNAME will be routed to a unified gateway domain name.

In order to handle situations like large traffic, tons of clusters, and a wide audience of clients, iQIYI requires access to the nearest service and disaster recovery at the operational level.

In addition to multi-site and multi-link backups for disaster recovery, iQIYI still needs to consider the issues about multi-level and multi-node situations. APISIX helps with this. The clients are closer to the dead nodes, the more significant impacts on the business and traffic.

In the integration with APISIX, iQIYI is trying to optimize some issues to fit its business better.

Do you want to accelerate your development with confidence like iQIYI? To maximize APISIX support, you need API7. We provide in-depth support for APISIX and API management solutions based on your needs!