On September 28, 2022, Kong released the new Kong Gateway 3.0, which achieved some new functions and performance improvements. On September 21, Apache APISIX, the top-level project of the Apache Software Foundation, also released the preview version of Apache APISIX 3.0, introducing ten highlights in terms of ecosystem and features.

Let's take a closer look at Version 3.0 of these two popular open-source API Gateway projects and figure out the development trend behind these updates.

Let's first look at the eight highlights of Kong Gateway 3.0.

We can analyze three trends from the highlights of Kong Gateway 3.0:

Most of these eight highlights in the Kong Gateway 3.0 version are biased toward the enterprise version. The following two figures can reflect the technological development trend of Kong more intuitively. 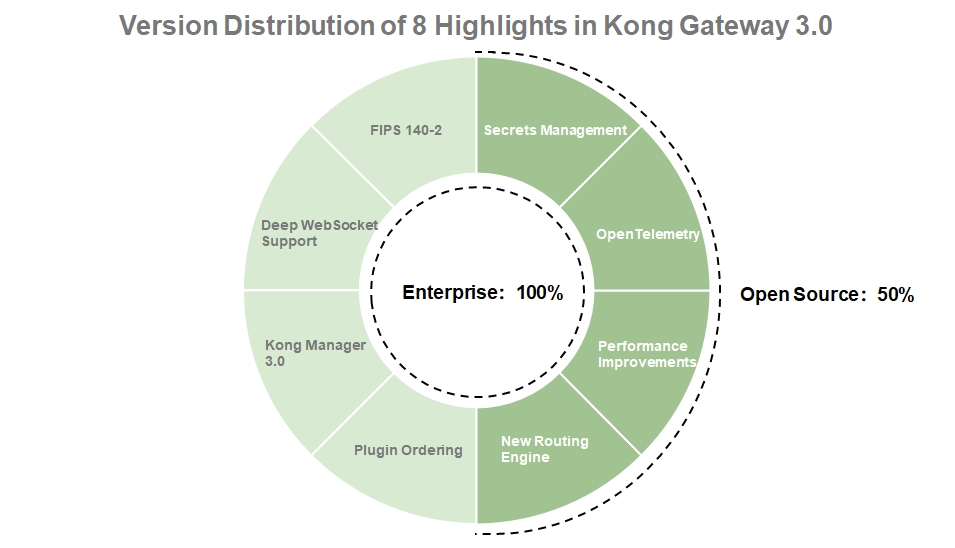 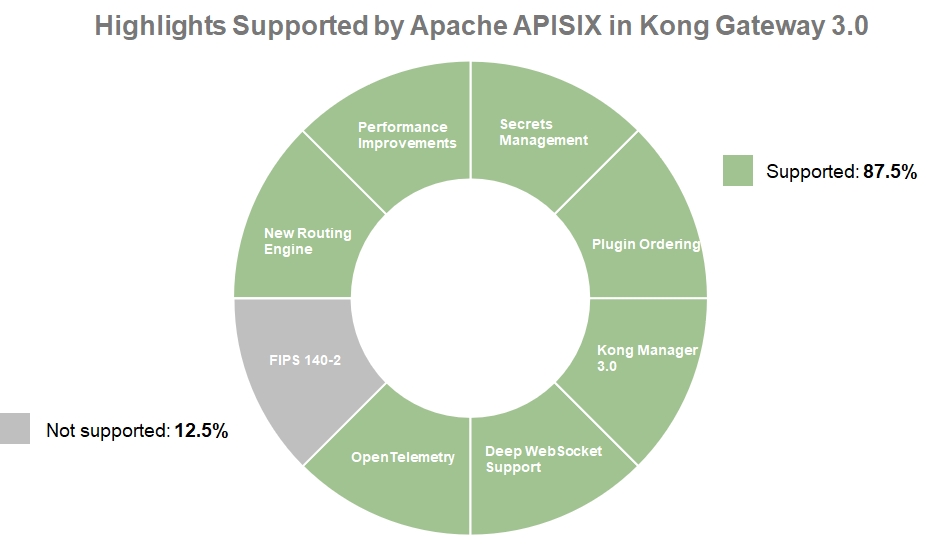 The features released in Kong Gateway 3.0 focus on the government, financial industry, and large enterprises that are more concerned about security compliance.

The open-source API Gateway Apache APISIX released a preview of version 3.0, which involves ten highlights of the 3.0 version of Apache APISIX. The author selected the most critical eight points for analysis. These eight highlights are all for open-source versions, focusing on ecosystem and technological improvements.

Another information we can get from the above table is that Apache APISIX improves in ecosystem and functional aspects. Among these highlights, there are two main points as below.

Kong Gateway 3.0 has made new progress in compliance, usability, functions, and performance, focusing more on enterprise security compliance. All the functions introduced by Apache APISIX 3.0 are open-source while paying more attention to ecosystem and new technology exploration.

Let's wait and see how Kong and Apache APISIX will iterate and develop in the future!